The Grade II Listed Building, known as Weavers House located within the City Centre of Norwich, was part of a proposed scheme to convert this historical structure, to bring a new lease of life and purpose to benefit its current setting. The open plan floor plates and abundance of natural light suited the buildings original use for weaving, before becoming a shoe & boot manufacturer and then used for several commercial purposes over a period of time.

Unfortunately, the building was then left in a poor state of repair, needing a sensitive adaptation and conversion to reinstate its use within the City. Following initial planning approval being obtained by Ground Designs, Paul Robinson Partnership were then brought on as part of the design team to working alongside BMA Construction Group and the building owners, to progress the design and refurbish the property to provide four high-end city residences. The proposal for the existing building consisted of three apartments, one to each floor which offered an open plan kitchen, dining, and living space, each with 3 bedrooms and a family bathroom. The 4th residence was formed via a new extension, constructed to the side of the existing building to form a quaint 3 storey “Townhouse”.

Great care was taken to preserve important features of the building, including the long 22 light frieze window on the top floor, two central – 2 leaf doors at both first & second floors, along with cast iron beams offering additional support to the existing internal timber frame and maintaining the ageing characteristic was retained. The subdivision and positioning of new internal partitions, along with careful consideration and changes to implement a flexible and usable layout across all levels, ensured the existing apertures and charm of the building was respected, whilst at the same time it allowed the structure to be strengthened and reinforced to prologue its new purpose. 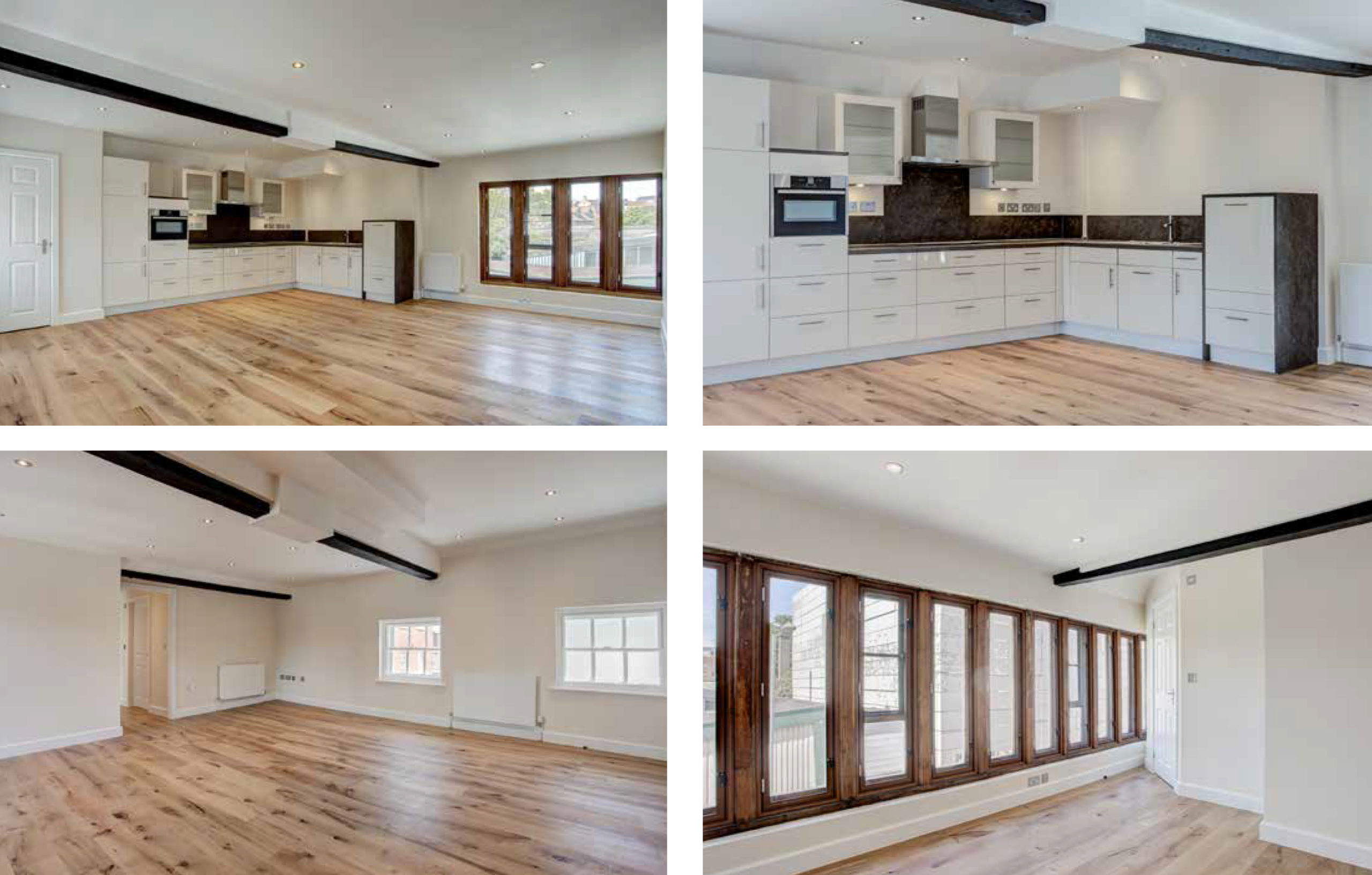 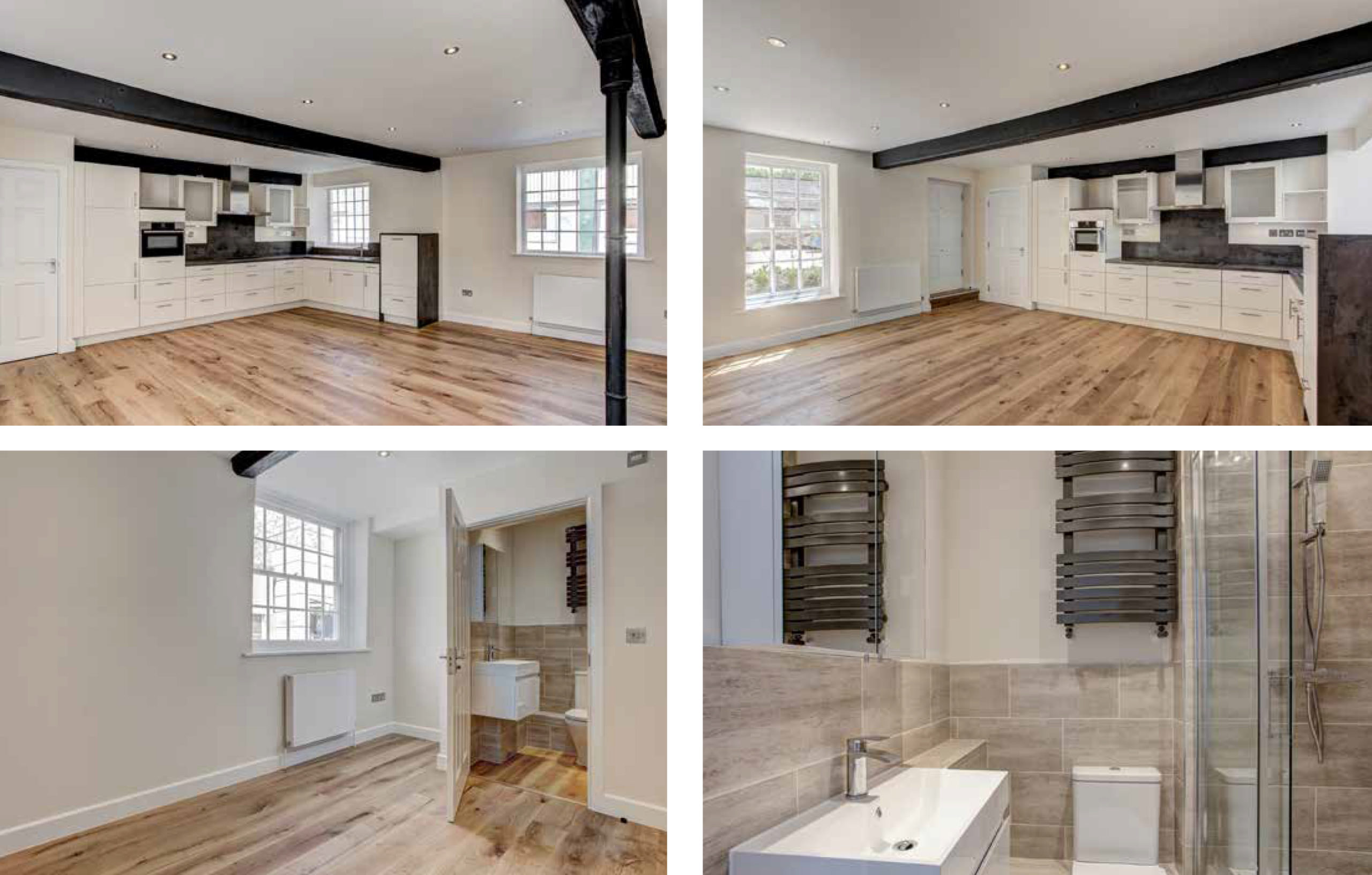 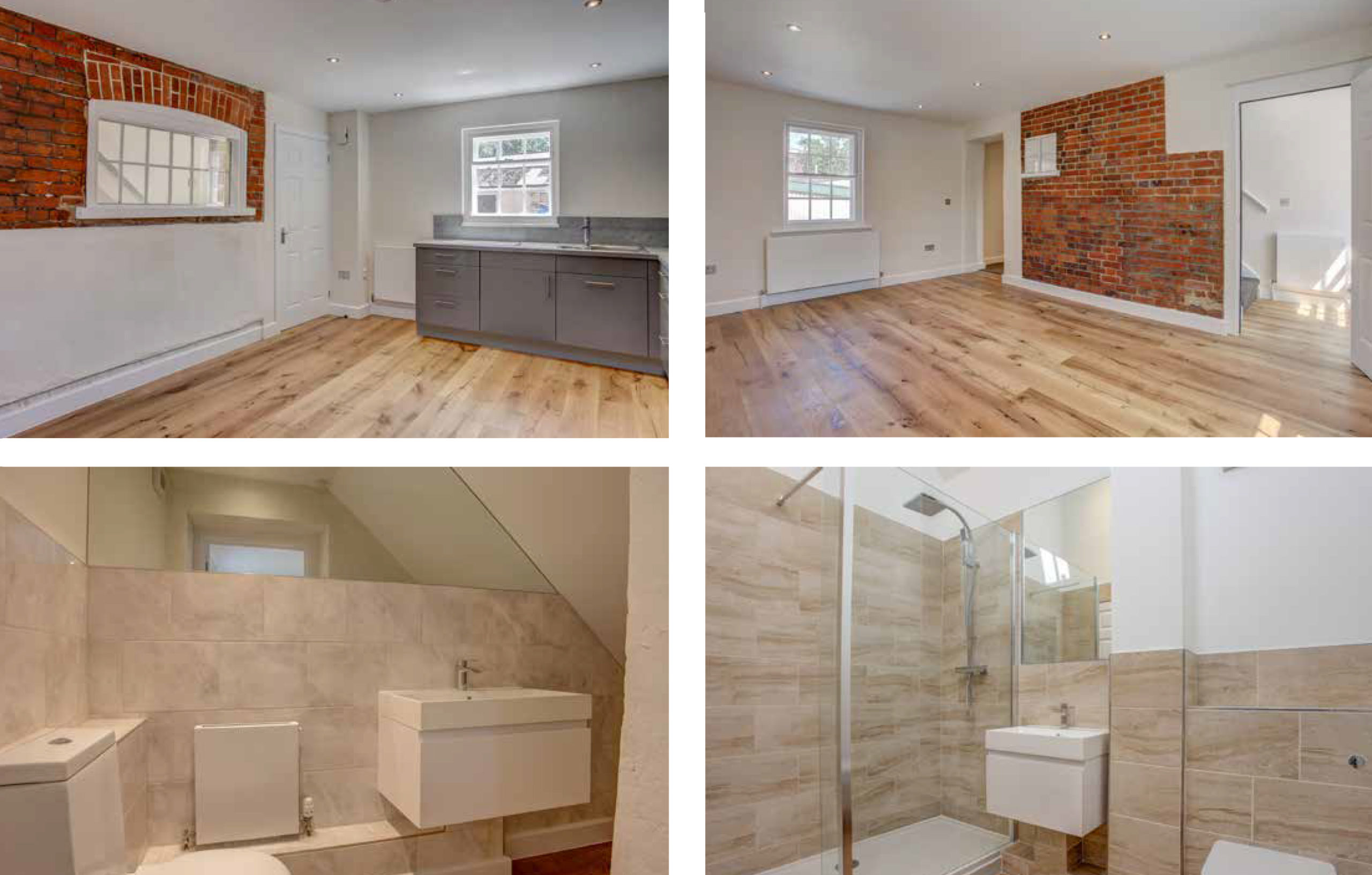